Your guide to the British Formula 1 Grand Prix

One of the only real “classic” races left on the F1 calendar, the British Grand Prix at Silverstone is one of the truly special races that oozes history and passionate crowd. Dubbed the Home of ‘British Motorsport’, it all started with racing on an airfield around oil drums in the 1950’s. Today the circuit has never looked so good and has its place in World Championship has been secured for over a decade to come.

Use the navigation menu (right) to start planning your journey to the next British Grand Prix.

More about the British Grand Prix 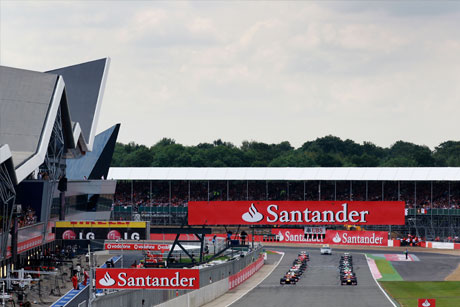 The British GP is currently held at the Silverstone circuit – dubbed the “Home of British Motor Racing”, in the East Midlands region of England. The circuit is located next to the Northamptonshire villages of Silverstone and Whittlebury and straddles the Northamptonshire and Buckinghamshire border. Currently, the main entrance to the circuit is from the Buckinghamshire side. The circuit has a long history in Formula One and proudly British passionate fans.

After World War II, most new British circuits were built on abandoned airfields, and Silverstone was one of those circuits. Silverstone is on the site of a World War II Royal Air Force bomber station, RAF Silverstone. The airfield’s three runways still lie within the outline of the track used today.

Despite the doubts over the future of the race over the years, the Silverstone GP remains one of the world’s classic yet premier motor racing events, with a great turn out year after year. 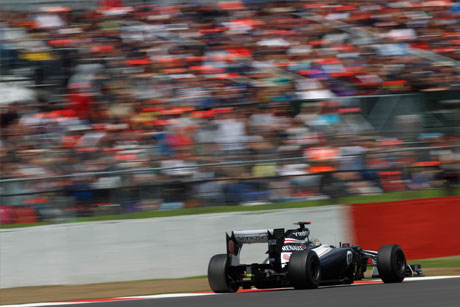 Even experienced drivers have difficulty negotiating this track with its series of tight turns and fast corners. The Silverstone circuit was once known for being a pure speed track, with one high-speed curve coming after the other. After various developments to the circuit, today the track is more about the technical challenge than the speed. The new configuration should provide a greater test of a driver’s overall skill – along with the team’s ability to set up the car. Instead of just setting up and flat out driving the car around the circuit as fast as possible, the teams and drivers also need to consider handling and grip in the series of fast corners and straights that is Silverstone circuit.

Read about the history of the British Grand Prix.

And of course this is Britain, so rain is always expected!  As if the circuit wasn’t challenging enough, drivers also have to be prepared to navigate the track in tricky wet conditions, which always makes it more exciting for the fans!