The Hungarian Grand Prix takes place in the beautiful city of Budapest and is towards the end of the European F1 season. The Hungaroring has the third lowest average speed of all the grand prix circuits due to its tight and twisty nature, with drivers likening it to a dusty go kart track. With the reprofiling of turn 1 and other corners in recent years, overtaking is possible meaning races aren’t always as predictable as they use to be. 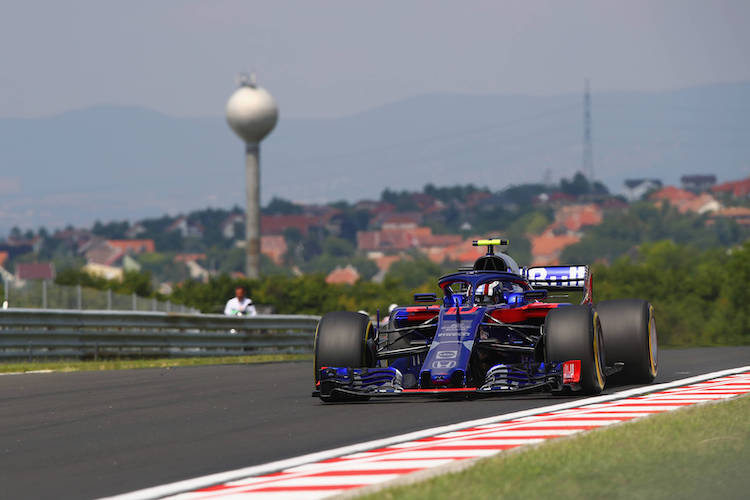 The Hungaroring is located just 20 kilometres along the highway from Budapest, the capital of Hungary. The city is actually split into two by the Danube River, with Buda being on the west bank and Pest on the east. The city is one of the most popular tourist destinations in all of Europe and is regularly compared to Paris due to its cobblestone paths and 19th century architecture. There are many clubs in Budapest and it has a vibrant nightlife that is popular with tourists. The region has been developing a strong economy over the past fifteen years since the removal of communist power. If you are looking for a great selection of places to stay with discount prices, visit Hotel in Budapest for more information.

Bernie Ecclestone was keen to hold a Formula One race ‘behind the iron curtain’ in the mid eighties and set his sights on Russia, although he ended up negotiating with Hungary instead. He asked them to build a street circuit around the largest park in Budapest that originally hosted motorsport in the nineteen thirties. This picturesque setting was turned down by the Hungarian Government who decided to build a permanent racetrack outside of the city instead. The circuit was constructed in only eight months, which is an incredible achievement considering they discovered an underground spring whilst clearing the ground and had to redesign part of the course. Changes were made to the circuit in 2003 in an effort to increase overtaking although it still remains one of the tightest on the calendar.

Hungary is a go-kart track on steroids, and the tight and twisty nature of the circuit means it is often described as Monaco without the barriers. As soon as one corner is finished the next is ready and waiting. Overtaking is near impossible because there are simply not enough straights for the cars to pull alongside one another. The extreme summer heat combines with the unrelenting bends to create one of the most physical tracks of the year for drivers. The ambient atmosphere of the crowd is fantastic because the track is situated in a natural bowl, and most of the fans sit around the outside on tall grass hills.

Cars that do well at Monaco will usually be strong at Hungary as the two tracks share many characteristics. Along with the slow and tight layout, both circuits also produce very low levels of grip because they are rarely used. The Hungaroring is set in a natural bowl and that allows the wind to blow lots of dust onto the surface. It is so dirty that you can see plumes of grime flying up behind the cars on TV as they move off the racing line. Due to this, track conditions change dramatically over the weekend as more rubber goes down. Some teams will therefore have a strong race despite struggling during qualifying, which was clearly evident in 2008. It is actually a benefit to qualify third instead of second at Hungary because cars that start on the left hand side of the grid (odd numbers) will get away much better than the cars that have to start in the dirt. No driver or team has ever made the event their own which is probably because of the very specific set-up required. For many years the circuit held the distinction of being the only Grand Prix venue not affected by rain, but this changed in 2006 after a shower produced a brilliant F1 Hungarian Grand Prix.

The circuit is not far behind Sepang as one of the most physical. It may not share the humidity of Malaysia but the race has usually been held in the very hot central European summer. Drivers become massively dehydrated through the race and are prone to making small mistakes as it is a track that demands huge concentration. One of the biggest challenges is creating a car that will produce plenty of mechanical grip so practice sessions are more crucial than usual.

Many of the new modern Grand Prix tracks all look the same, so for that reason it is important that F1 keeps Hungaroring on the calendar because it is unique. No other road course is so slow or tight and it can produce a surprise winner, even if the racing it not always the best.

1986 : Nelson Piquet pulled one of the greatest overtaking manoeuvres of all time on Ayrton Senna, drifting his Williams right around the outside of the Brazilian in a massive powerslide.

1989 : Nigel Mansell won the race despite starting twelfth on the grid. He fought through the field and capped off his performance by passing Ayrton Senna in a brilliant move for the lead.

1997 : Another sensational overtaking manoeuvre saw Damon Hill pass Michael Schumacher for the lead of the race. The Brit looked set to claim a very expected victory in an uncompetitive Arrows until mechanical problems robbed him on the very last lap.

1998 : Michael Schumacher had little chance of beating the McLarens on pace so Ferrari engineered a risky strategy that got him in front of the silver cars, but meant he had to make an extra pitstop. The world watched in amazement as Michael pulled out the gap he needed. Most people, including Michael, judge it as one of his greatest wins.