Haas F1: This is a team that knows how to win 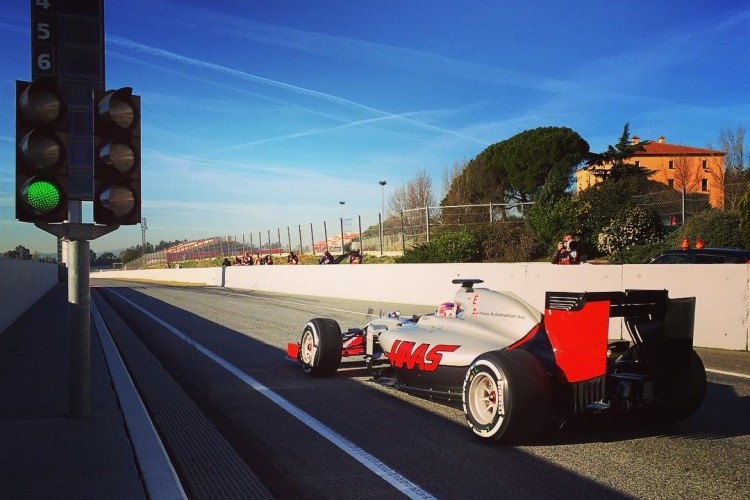 Do the Haas F1 team have what it takes to compete in Formula 1?

Amongst all the rumblings of a new qualifying format, new Pirelli tyres to understand and whether Ferrari will finally be able to break Mercedes’ stranglehold of Formula 1 in 2016, it is easy to forget that this year sees the first appearance of an American team in F1 since 1986. The addition of Haas F1 is something quite exciting when looked at closely. We have been used to new teams attempting to jump into the F1 circus and then not meeting expectation. We have seen the likes of Caterham and Virgin/Marussia/Manor enter the sport in recent years, and with no disrespect intended, they have fallen very short of their own targets.

So why is Haas F1 an exciting addition to the grid this year? Well, they are going about things in a different manner. They seem to understand what they are biting off before they begin chewing and they appear to be realistic in what they want to achieve. So who is Gene Haas, and who are Haas F1?

Gene Haas is the president and sole stockholder of Haas Automation, a company which specialises in CNC machine tool manufacturing (that’s computer operated machines as opposed to human operated machines to you and I). From this business pedigree it is not hard to see why Haas became involved in motorsport as he attempted to gain recognition for his brand and business model which has clear implications in the automobile industry. Haas started off as a sponsor for the successful NASCAR team, Hendrick Motorsport, before deciding to go it alone and founding Haas CNC racing in 2003. It wasn’t until 2009 when three time Sprint Cup Series champion Tony Stewart joined the team as a racer, taking a 75% stake in the team, that they became known as Stewart-Haas Racing the team that is still running today.

In 1087 races 32 races seems a bit of a poor record. But if you consider Tony Stewart ranks as joint 4th on all time Sprint Cup championships with 3 titles, two of which were won with Stewart-Haas Racing, it becomes clear that this is a team that knows how to win. Gene Haas has said in the past that he is entering F1 to gain worldwide exposure for his Automation company. This must not be mistaken for not caring about the racing. Haas wants to compete. Would an investment banker who’s good at his job do it for free? It’s the same for Haas, just because he is to gain from worldwide exposure do not doubt his racing pedigree.

But what are their expectations in F1?

Whilst this is certainly a team that wants to compete with the best they also know their limitations. Gene Haas told The Associated Press that, “If we got it in the top 10 once or twice that would be a realistic expectation, most of the time we’re going to be in that 10th or 15th position.” Which would put them solidly within that incredibly competitive middle section of the grid with the likes of Force India, Lotus, Toro Rosso and McLaren. This is where Haas becomes a great addition to the grid; because they really might be able to compete with those teams. Perhaps not at first, but by the end of 2016 don’t be surprised to see Grosjean or Gutiérrez fighting it out with the Hulkenburg’s or the Verstappen’s. Why is this realistic? Because of their very different perspective on F1. Haas seem to understand the finances surrounding Formula 1 in a way that many teams have struggled with. They are taking over the normal model from NASCAR and applying it uniquely to Formula 1. We are seeing a team not hell-bent on engineering and producing as much as possible by themselves but rather seeing a team buying as much as they can from other parties, spending less time engineering and more time getting down to the racing.

It’s well known that Haas have an almost (whisper it) customer-car agreement with Ferrari and this could really work well for both Haas and Ferrari. Haas’ addition will add another car into the competitive mix in the middle whilst providing Ferrari with the boost they need to take the fight to Mercedes, also providing themselves with a financially stable model for F1 and promoting his Automation brand; win-win all around. But before we get ahead of ourselves, Haas himself has said his aim first and foremost is reliability and then the points will come second.

“Our goal is to have both cars finish, to show that we can compete and be proud of what we are doing.”

Haas’ is focussed on becoming a solid entry in Formula 1 over the next three to five years and if they can solidify their position it is not hard to see them continue on from there. Are they going to win any championships? It’s unlikely as long as they are, essentially, a customer car of Ferrari. They are never going to get ahead of, or perhaps even compete with, the Prancing Horse in this situation. Do they have the potential to rule to middle ground? Quite possibly, given the time. They have found a novel way of overcoming the daunting finances of F1 with their purchase as much as possible and focus less on engineering (a model which may well be copied by the likes of Manor) which gives them the time and no looming financial issues as faced by other teams. In fact, Haas has said that the costs are pretty equal between running four cars for Stewart-Haas Racing and two cars for Haas F1, but the benefits of worldwide exposure from F1 outweigh the lack of two more cars.

This all seems like a rosy-eyed view of the new American team, and I admit I am very excited by their addition. There are however, some niggling issues.

Firstly Haas, understandably, is focussed on promoting his brand worldwide, whereas many within the F1 world would like him to promote F1 to the United States. Hopefully this will work both ways but without an American driver driving for him it’s hard to see the notoriously hard American market opening their hearts just because there is an American team on the grid. This may come, but for now Haas is more intent on solidifying his position in the sport with two experienced drivers regardless of nationality (Grosjean the far more experienced of the two, however). Once solidified the American market may come.

Secondly, you have to question the logistics of an operation based in three countries; The UK, US and Italy. I wouldn’t be surprised if after a season or two or three, Haas decided to move the operation to one headquarters, probably in Europe, probably the UK. But now we drift into the realm of speculation. Suffice it to say I look forward to seeing what Haas can do in 2016 and beyond, and hope they can change the mould for teams looking to enter the dog-eat-dog world of Formula 1.