Posted: May 20, 2019 By: Simon PurnellCategories: Blog No comments 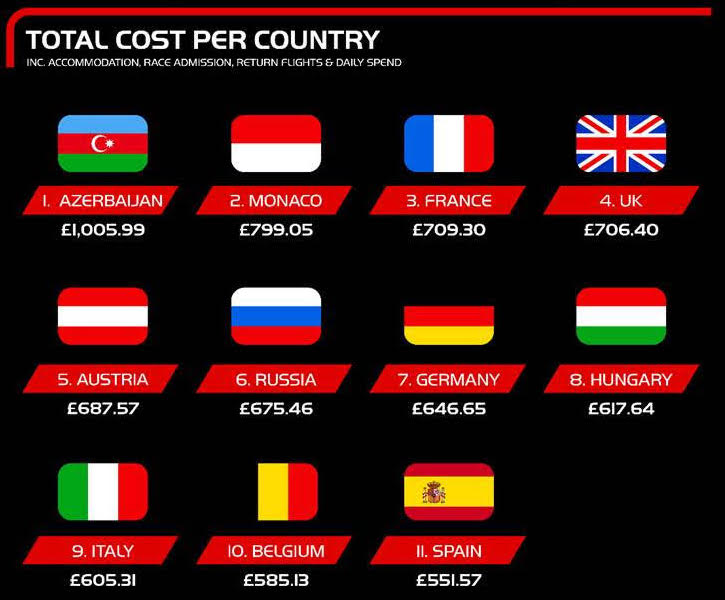 The British Grand Prix has fallen within the top four most expensive F1 races to attend according to new research on EVERY European 2019 F1 race.

As practice at Circuit de Barcelona-Catalunya begins, new research conducted by Ocean Finance have looked into the costs involved in attending every single European Grand Prix race in the 2019 calendar. 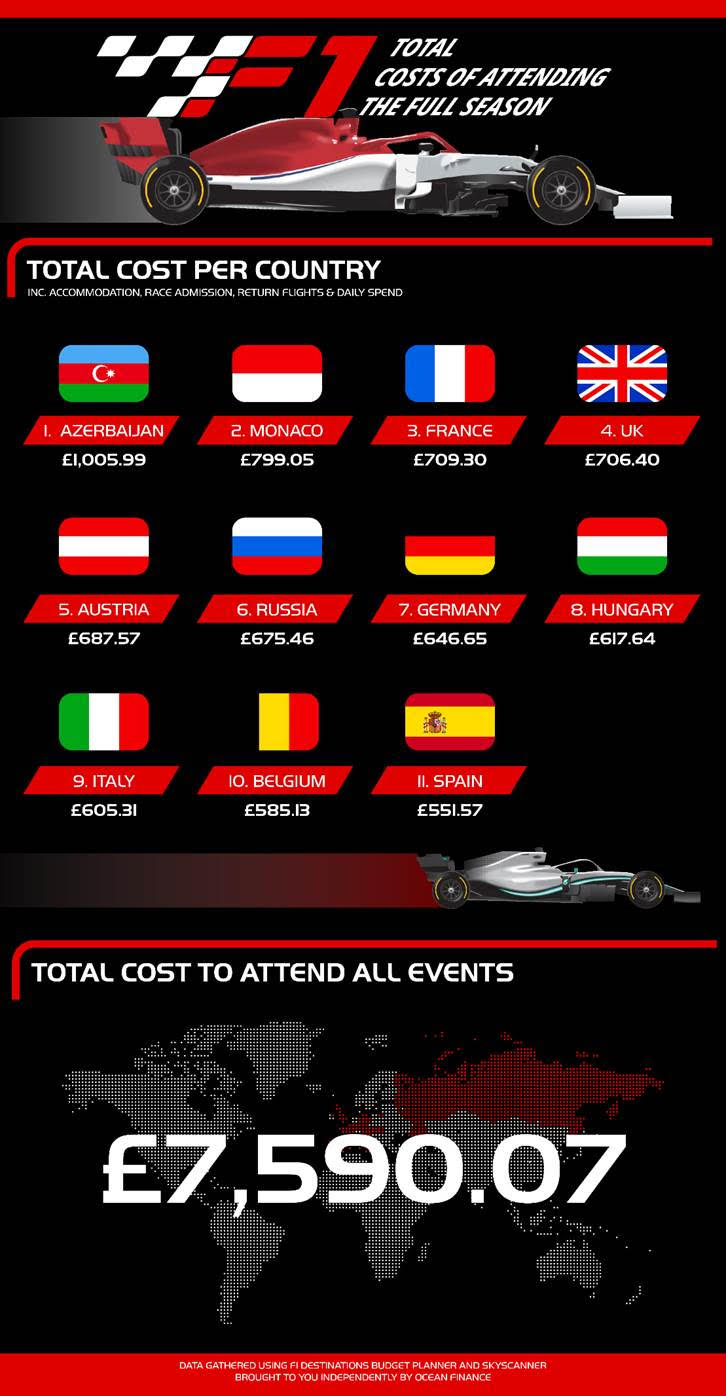 The research found that:

This new research displaying data gathered by Sky Scanner and Destinations Budget Planner shows it will cost £7,590.07 for fans to follow every European race in the 2019 F1 season. 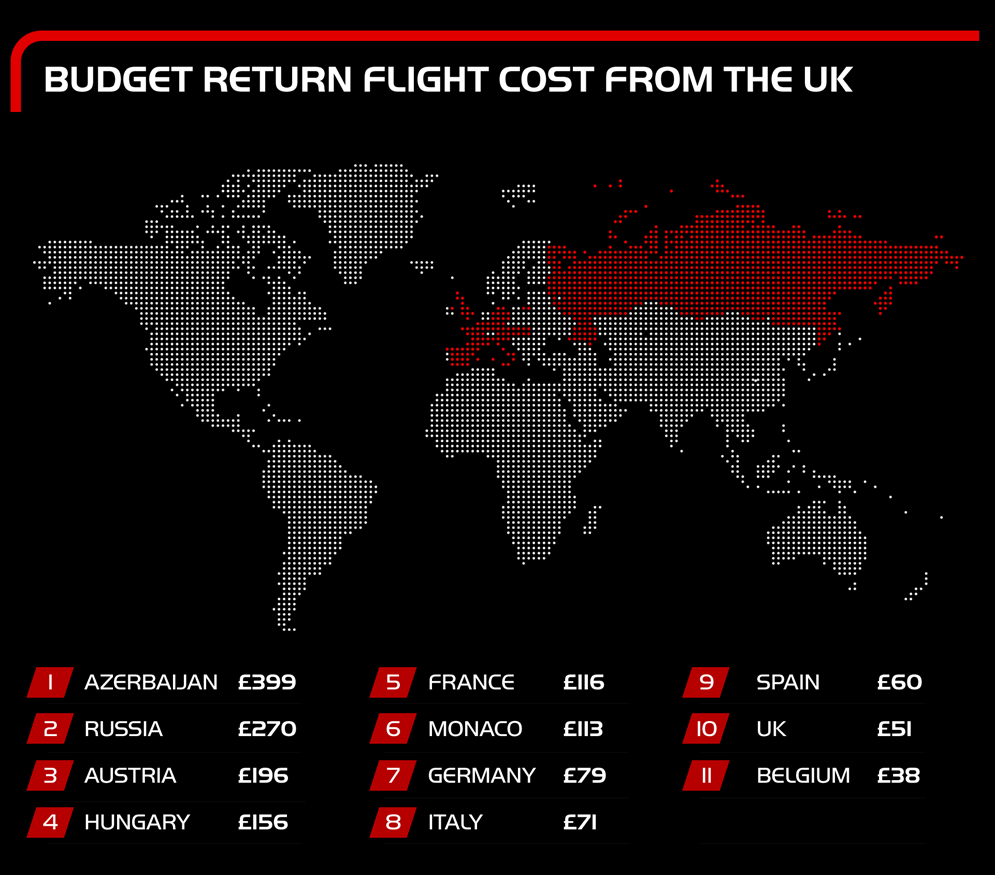 The British Grand Prix has proved to be more expensive than most F1 fans imagined, with accommodation costs being the second highest place of all eleven European destinations- finding a place to stay for cheap will be challenging.

Budgeting at each European destination was calculated based on the average amount of spending money you’re likely to spend at each level. This was based on food, drink and transport.

However, with finance options available directly from The British Grand Prix website, there are flexible options in place for visitors of the race at Silverstone. Daily spends at the British Grand Prix are expected to be surpass £240.00 so planning is crucial for having money left to spend. 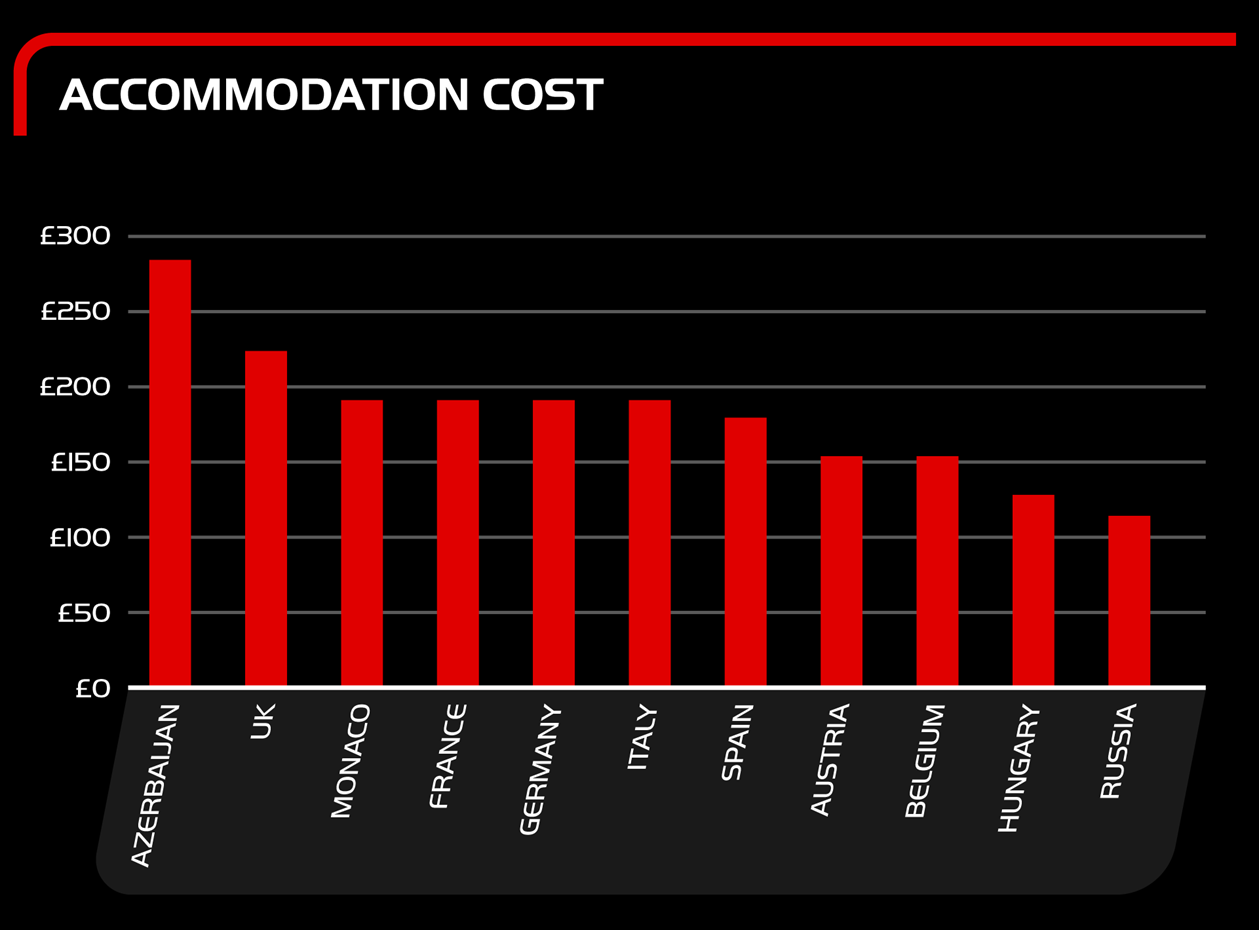 Ocean Finance who gathered the data on the European race destinations have highlighted some interesting areas around budgets. Sky Scanner and F1 Destination Planner have raised surprising costings behind the British Grand Prix and it could be the case that F1 fans may have to make Silverstone their final stop.