Red Bull Halo/Canopy – Is this a joke? 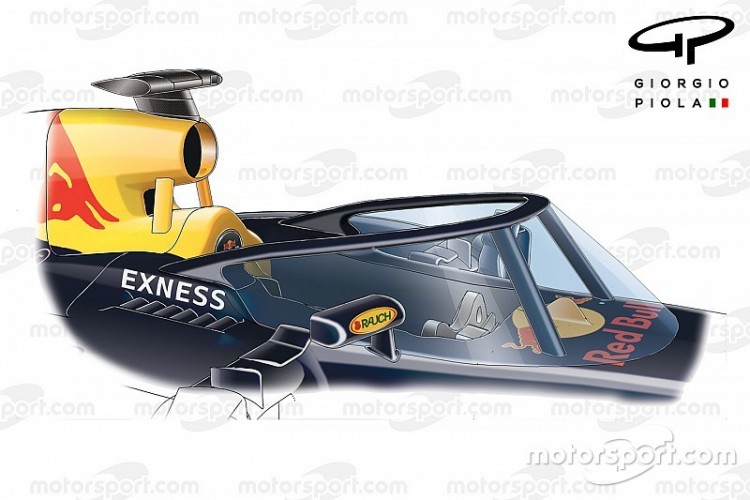 Here is an artists impression of Red Bull Racing’s alternative to the Halo head protection, first seen in pre-season testing on the Ferrari SF16-H. The image was revealed on motorsport.com and has apparently got the backing of Christian Horner and Williams deputy principle, Claire Williams.

When I saw the image I thought it was a joke of the April 1st variety. But it does appear to be a serious concept that will be tested “next month”. So, let me tell you why don’t I believe in it’s viability:

Red Bull have opted for a windscreen canopy as they believe the Halo device Ferrari used would not have benefited Felipe Massa (who was struck by a spring) or Jules Bianchi (who hit a JCB and was tragically killed). I do not believe this concept would have made a difference to Jules as the sheer energy and distance in which his car came to a stop caused his injuries. However, I do admit the screen would have helped Felipe Massa.

The problem is what happens when it rains? There are no wipers, and no amount of “Rainex” solution is going to stop water streaking across that screen and destroying the drivers visibility. It’s a problem drivers have with their visors on their helmets, but at the very least they have their glove to wipes their visors if need be. They will have no control over the visibility of this windscreen if implemented.

2. Oil and other fluids

It’s not uncommon for Formula 1 cars to spit oil and other fluids out the back of their car when out on the circuit, thus caking the car/driver behind if following close enough. The driver behind would have no control over this and would probably have to retire from the session if he couldn’t make his way back to the pits through lack of visibility.

I think the aerodynamic departments at each F1 team probably spat their coffee out when they saw this concept. I’m not an expert, but I don’t think it takes a genius to see that the air flow caused by the windscreen would shoot a big percentage over the top of the car, and therefore massively reduce what goes into the crucial air box above the drivers head. So that’s power unit cooling in jeopardy, I dread to think what it would do for overall downforce performance having half of a conservatory bolted to the chassis.

Mercedes and Ferrari opted for a single, central mounted pillar in their Halo concept on the basis it was widely accepted that two side mounted pillars would interfere with the drivers vision when cornering (think looking ahead to the apex of a corner). Red Bull have opted for the two pillar layout which I’d be surprised doesn’t annoy the drivers.

Remember wings in the photo below were banned on the BMW for impacting the drivers vision? Why is that irrelevant now? 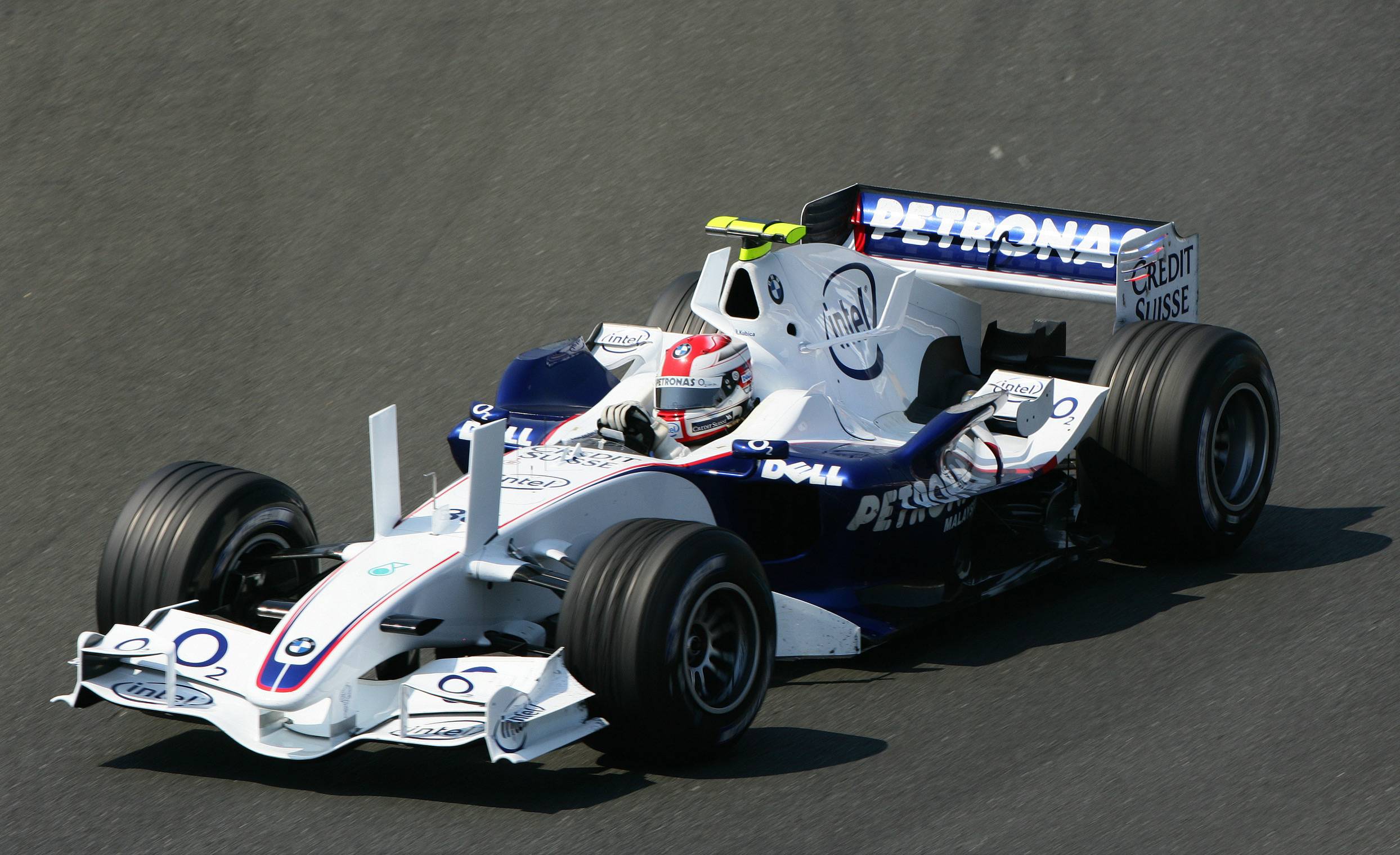 One of the biggest obstacles to overcome in the design of better head protection is to try and not hide the driver away from the fans. It’s widely considered that drivers are already hidden away enough with higher than ever side protection, the F1 driver is slowly but surely disappearing from view. The Ferrari Halo concept at least keeps the helmet in view, where as the Red Bull windscreen will further hide the driver. Even if the perspex is clear, the weather will impact the visibility either through reflection or dimming in cloudy conditions. 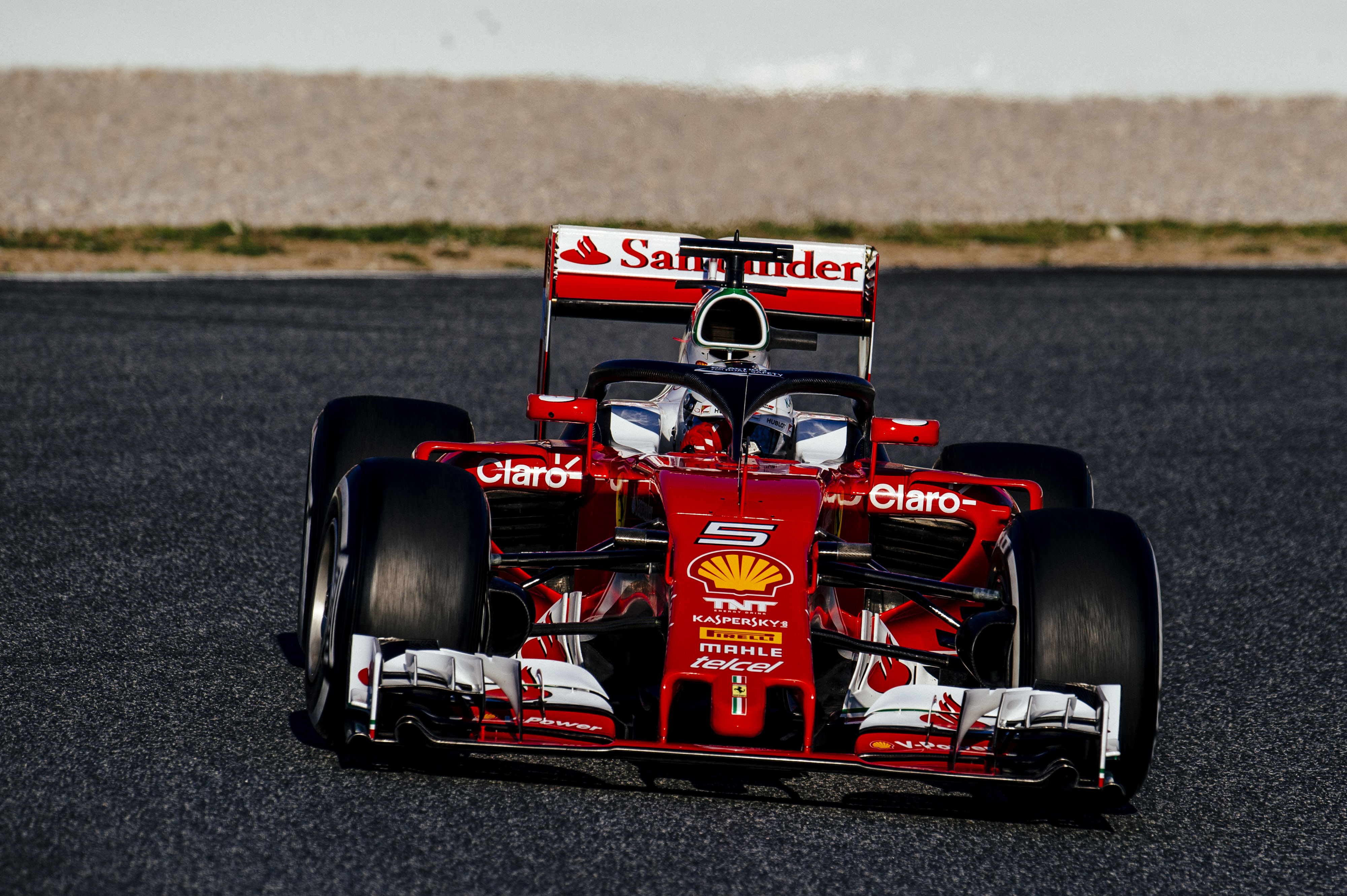 So there you have it, I’m far from keen. I couldn’t believe how in favour I was of the Ferrari Halo device when I looked at it side by side with the Red Bull idea. But, let’s wait and see what it looks like in the flesh when it gets tested next month…

What do you think of both ideas? Let me know below.

(All credit for the main article image goes to motorsport.com who broke the story this morning.)