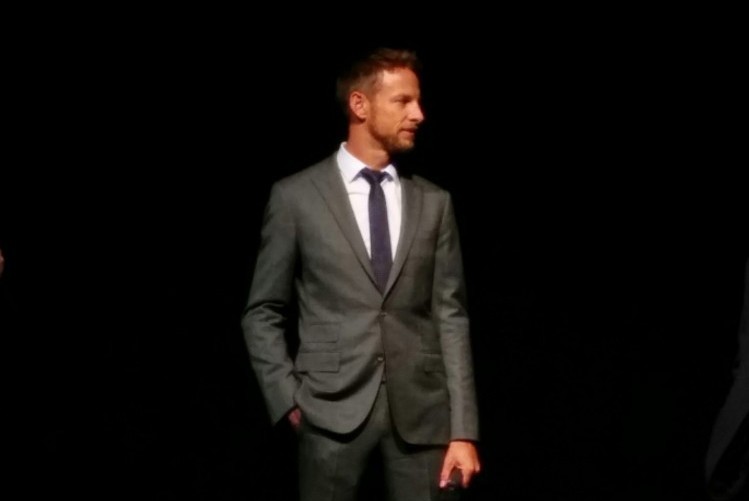 Esso Synergy – what’s it all about?

Last night I was invited to an event hosted by McLaren F1’s partner ExxonMobil (or Esso to you and I), to celebrate the launch of their new brand “Synergy Fuels“. Hosted in The Underglobe on London’s beautiful Southbank, the guests included top brass at Esso and employees from all over the world, as well as a selection of media from the automotive and motor sport industry (that’s me!).

Headline guests were McLaren’s Jenson Button, fresh from his utterly disastrous Japanese Grand Prix, as well as legendary musician, Jeff Wayne who composed the music in Esso’s adverts in the 1980s.

The evening’s entertainment came from Britain’s Got Talent finalists, dance group UDI. They performed four pretty incredible ultraviolet dance routines to keep the crowd amused through the night. Video down the bottom!

So what were we celebrating? What is ‘Synergy’ all about?

Good question! I went into the evening a little bit blind and unsure what was actually being launched. I asked myself if “Synergy” is simply a re-branding of their petrol stations and pumps, to bring them up to date compared to all their rivals. After all, in their own words, no re-branding has taken place in over 20 years on their forecourts. Or are there actual new fuels that us car enthusiasts should also be getting excited about?

So in their words: “A new look, and Synergy fuels just made more sense.“. That leaves me a bit confused. I found myself asking, have they renamed their existing fuels, or have they upgraded/changed their fuels and these are now called Synergy?

I have to say, I never actually cracked the answer at the event last night. Upon a bit of Googling today with a slightly jaded head (Esso – you absolutely nailed it on the drink selection at the bar!), I now realise that the Synergy fuels appear to be improved formulas of the existing products. Read about them here:

However, as sports car enthusiast, I feel they’ve missed a trick in promoting their actual fuel a bit more, rather than concentrating on the pumps and forecourts overhaul. Looking at what Shell did a couple of years ago to promote their V-Power range of fuels, you cannot get a better advert than this. It still gives me goose bumps – and definitely convinces me to pit V-Power Nitro+ in the Lotus!

It was great to see Jenson Button at the event last night. He spoke on stage for about 10 minutes, touching on some of the highs of his career, and briefly upon the current problems McLaren Honda face. It was a little bit disappointing to not get a chance to meet him for a quick chat, although I can understand that he probably didn’t fancy talking to motorsport media in the wake of that race at Suzuka. This morning it was announced that Jenson will be racing for McLaren once again next year. So after a second year of uncertainty, it’s awesome news that he’ll be on the grid in Melbourne next March. Hopefully Honda will come up with something competitive that will allow Fernando and Jenson to fight at the front. Fingers crossed!

I had a good time at the event. Although a bit confused of what Esso Synergy fully meant on the night, I’ve finally caught up after a bit more research on web. Incidentally, my local Esso petrol station in Chelmsford has been upgraded for Synergy and it really has made a big difference. It was a bit of an eye sore before!

Finally, here is my video of the UDI performance that promoted Esso Synergy. Excuse some of the audio popping!