The main general admission area at the Barcelona Circuit de Catalunya is between turn 5 and turn 9 offering some of the best views of the track. The large grass banks on this part of the circuit provide great close viewing for all spectators. 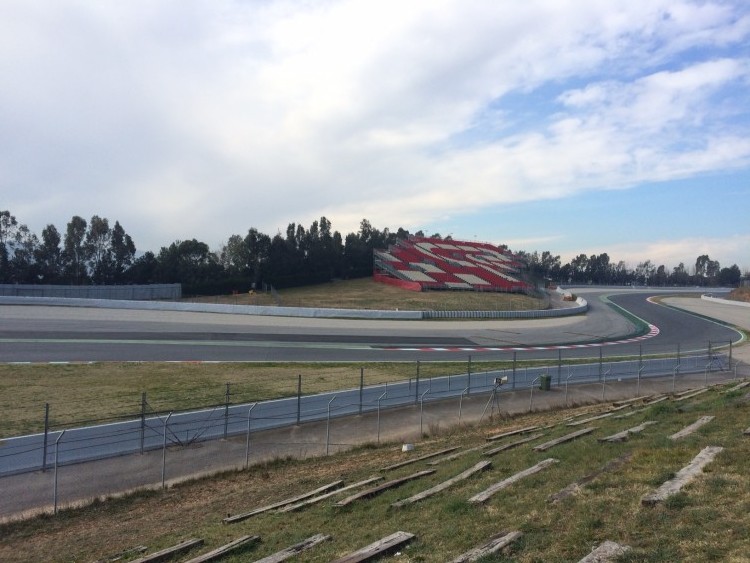 With Spanish grand prix general admission ticket prices starting at just £96 for a 3 day ticket, general admission entry proves great value for money compared to many of the more expensive European F1 races. Saying that this area is popular, so I recommend arriving early to choose the best spot! Facilities include a bar which serves food as well as local beer, snacks, toilet block and a picnic area in close by wooded area. 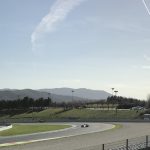 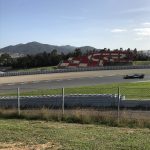 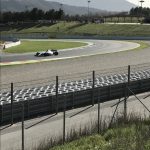 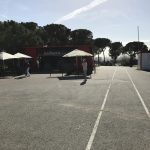 Other general admission areas include the inside of of turn 3 to turn 4 the section now well known for Alonso’s crash in during pre season testing. The outside of turn 3 running to the entry of turn 4. The first part of the straight between turn 9 and turn 10. This area also provides easy access to a number of retail outlets, refreshments and toilets. 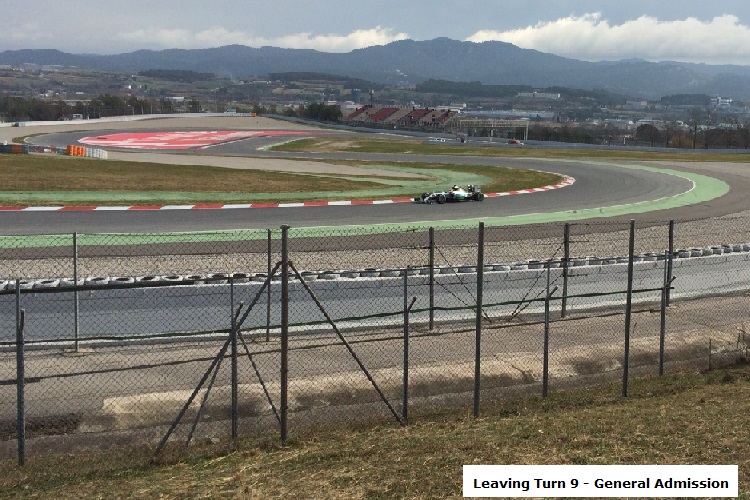 I walked the circuit during pre season testing and would recommend the general admission area by turn 8 with it’s large grass banks and close proximity to the track side.

By: Simon Purnell Part Of: Guide to the best seats at the Circuit de Catalunya, Barcelona 14 Comments