History of the British Grand Prix

The first race at the Silverstone circuit was in 1947 between local Maurice Geoghegan and his friends. Sheep wandering onto the circuit caused problems for the race and the event was nicknamed the ‘Mutton Grand Prix’.

Real Grand Prix motor racing was first introduced to Britain by Henry Segrave at the Brooklands track in 1926. After the severe damage caused by World War II, this circuit was abandoned. A new circuit was built on a disused WWII RAF airfield at Silverstone.

In 1948 Silverstone held its first race, the Royal Automobile Club International Grand Prix. The following year, the circuit was heavily modified and made very fast; the circuit then remained unchanged for decades. In 1950, the Formula One Championship was introduced, and the British Grand Prix was the first Formula One race ever held, with new regulations and 6 other races in Europe. Since its first race, the Silverstone circuit has undergone several modifications. 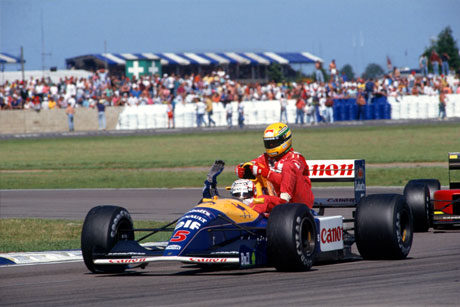 For the 1952 GP, the original pit lane between Abbey and Woodcote corners was abandoned and demolished. A new pit complex was built between Woodcote and Copse corners.In 1955, Silverstone and the Aintree circuit (at the Grand National horse racing course near Liverpool) took turns in hosting the Formula One GP. The first Formula One race at the Brands Hatch circuit in the south of England was in 1964. Silverstone then hosted the British Grand Prix in odd-numbered years and Brands Hatch in even-numbered years.

In 1975 a chicane was added to Woodcote corner to slow down the cars going through this very high speed corner. In 1987 the Woodcote chicane was no longer used and a new right-left chicane was built on the Farm Straight just before Woodcote. A chicane was later installed at the Abbey corner and Stowe corner was slowed right down. 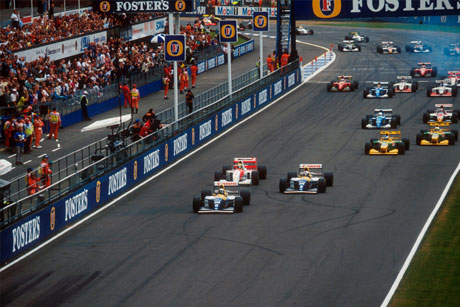 In December 2009 a 17-year deal to keep the race at Silverstone, and a £5 million refurbishment, which involved changes to the track layout, was agreed.The following year drastic modifications were made. The new track is 5.9km long and has an average speed of 240km/h. The new Abbey corner was added, which used to be a left hand turn into Bridge Corner, but now goes right into a re-profiled Club Corner. Following this is the flat out left hander that is Farm Curve, leading into the new Arena area – great for spectators. The Arena is then followed by Village Corner and the Loop corner, one of the slowest on the track.

Great Britain’s driver Jim Clark and France’s Alain Prost have won the British Grand Prix more times than any other drivers, both winning a total of 5 times.

Ferrari has the most wins of the British GP out of all of the teams, with a total of 15 wins.

Fernando Alonso holds the current lap record with a 1:34.908 that he achieved in 2011, according to the official Formula One website. 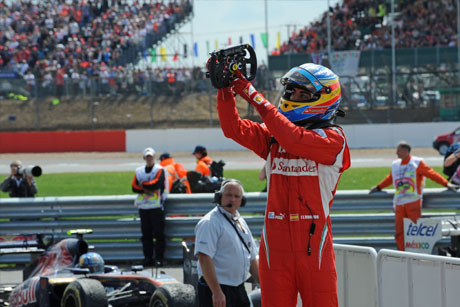 By: James Wilson Part Of: Your guide to the British Formula 1 Grand Prix No comments