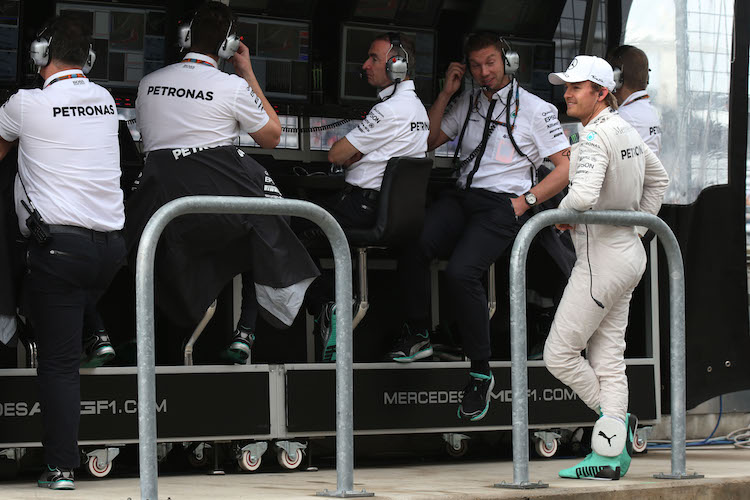 One of the of the less discussed but more significant changes to the 2016 F1 regulations has got to be the changes to team/driver radio communication.

We’ve all heard the in race communication between race engineer and driver discussing balance, front wing setting as well instructing the drivers to adjust engine modes.

If you do not comply we will just turn Nico to strat mode 6.

The technical information that engineers have been able to pass on to the drivers has made a significant change to the job of the driver and in some cases made them more puppet than F1 driver.

Well no more! For 2016 the FIA has made a number of changes that will give the driver greater control during the race and qualifying.

Radio communication will still be allowed to inform drivers of dangers on the track such as oil or debris. Engineers will also be able to inform drivers of critical issues with their car such as overheating, puncture or if the driver needs to retire the car. Teams will also be able to communicate situations such as marshals flags and any communication received from race control. Basically all things that can help safety and help with the running of the race.

However, what the teams are no longer able to do is assist the drivers in what engine setting to set, discuss the balance of the car and most importantly manage race strategy. Strategies are always planned prior to the race, but unforeseen events during the Grand Prix can often lead to a change of direction and this will now be down to the driver.

Drivers will be able to decide on when to take a pit stop and request a preferred tyre, not to say the team will stick to the drivers choice! This would certainly have made things more interesting during the 2015 season when at different times of the season the Mercedes drivers had to follow instructions on engine setting, tyres and pit stop timing, sometimes against the drivers wishes.

One other thing to look forward to in 2016 is teams will not be able to warn drivers about exceeding track limits, presumably until a penalty is issued by race control.