What do we expect at the 2015 Malaysian F1 Grand Prix? 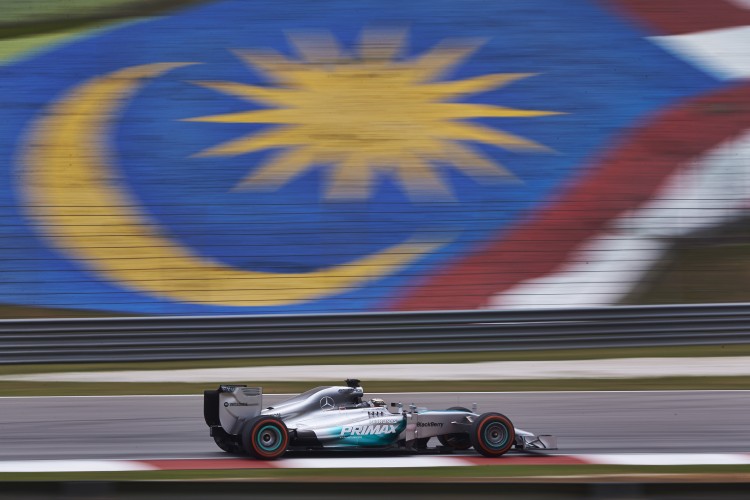 Apart from a dominant Mercedes Petronas leading the field in practice, qualifying and the race!

It was great to see Ferrari back in the mix in Australia and with more wins at Malaysia than any other team you’d expect them to continue to close the gap on the Mercedes – but that’s easier said than done.

The Williams Martini Racing team continue to impress and with Bottas expected back in the car for this weekend, I expect to see a at least one Williams in the top 4.

With Christian Horner throwing out all the toys out of the pram after the Australian Grand Prix, you would hope for an improvement in the Renault powered car, but don’t expect too much. I hope Daniil Kvyat has a better weekend and at least makes the start of the race.

Alonso has been announced fit to race for McLaren in Malaysia. McLaren have fitted extra sensors surrounding the steering as Alonso reported the steering feeling “heavy” before his crash in Barcelona testing. It was good to see Jenson Button finish the race in Australia, fingers crossed for some points this weekend although it will be tricky.

The Sauber team looked good during testing and made an impressive start in the Australian Grand Prix with a 5th (Felipe Nasr) and 8th(Marcus Ericsson). Not bad for a team that didn’t run at all in FP1 on the Friday and were threatened to have their assets (yes, CARS!) seized by the local authorities. Hats off!

Force India were less impressive during testing and only made it to the last session. However, both cars finished in the top 10. With two experienced drivers, a good qualifying session and points finish is expected.

The Torro Rosso team are looking good for 2015 with two young but clearly very talented drivers. They performed well in testing and were strong at the start of the Australian Grand Prix. I wouldn’t be surprised to see both making it in the top 10 for qualifying and a potential points finish.

With Lotus switching to the Mercedes engine this year there has been a vast improvement for the Enstone squad. Although a disappointing start at Australia, I expect an improved performance from Romain Grosjean, but who can tell with the erratic Pastor Maldonado! (Check out a list of ALL his F1 crashes and incidents here…)

Probably last but not least – Manor Marussia! They spent the weekend in Melbourne rebuilding PC’s and data racks, not racing their cars but such was the tight time scales they were working too. It’ll be great to see a full field of 20 cars on the grid compared to the 15 that took the start in Albert Park.

What are you looking forward to this weekend?