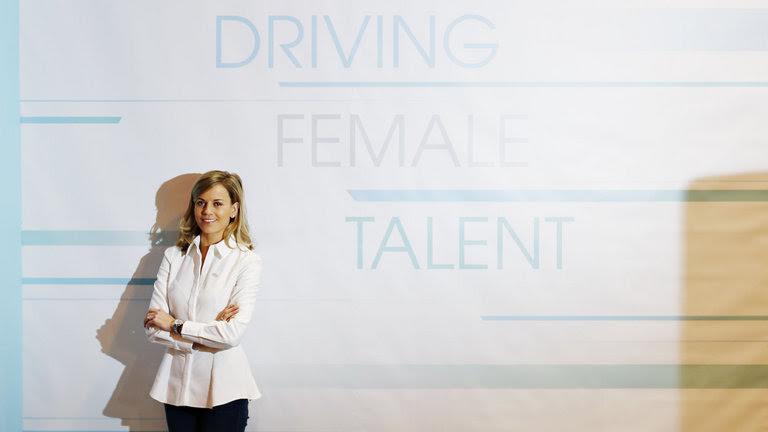 Dare To Be Different

Following Susie Wolff’s retirement from Formula 1, Susie has launched a new campaign called ‘Dare to be Different’. Susie has teamed up with the governing body of UK motorsport to work on a promotion aimed at increasing the female participation in Motorsport.

Only 2 women have competed in a Formula One race since the world championship began in 1950, Susie wants that to change.

An online community will be developed to help women interact with high profile women in Sport.


“Our main aim with Dare To Be Different is to Drive Female Talent. This is an ambitious and long-term project that will build an online community of women from all over the world,” said Wolff.


With the help of the British Motorsport Governing Body, The MSA, Susie hopes to inspire the next generation of females who want to make it in all areas of Motorsport. Having retired at the end of 2015 aged 33, Susie had appeared in four Practice One testing sessions for Williams, spread over two seasons.

Her ‘Dare To Be Different’ campaign was introduced at the Autosport show on Thursday. She spoke of her wish to see more women pursuing their dreams both on and off the track. Susie eventually wants to see Women racing alongside men, but her main focus right now is to encourage females to get involved in all areas of Motorsport.

“We are creating role models from the successful women who are in the sport already,” she said. “My fundamental aim is to drive female talent — it’s not just to find the next female Formula One superstar.

If they come from our search, then great. But ‘Dare to be Different’ is something in the long term that just aims to inspire, connect and showcase women in motorsport.”

Susie will work with Britain’s MSA Motorsport authority to run an online community to support females who aspire to be involved in the Motorport industry. They hope to do this by organising special events such as Karting for young girls, where they will also get the opportunity to meet with successful women in the industry.