Opinion: F1’s muzzling of its personalities 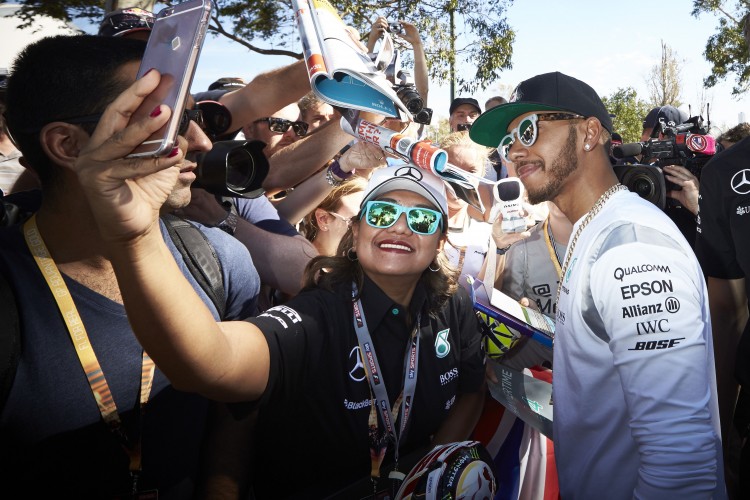 “Let these guys be themselves. Let Verstappen throw a tantrum, let Hamilton party with celebrities and stop censoring them.”

F1 is witnessing a decline in viewing figures and ticket sales. It’s a well known fact. It has also been subject to a long argued over debate, how do we fix F1? I don’t think F1 is as broken as many would have us believe but there are certainly are big problems. You can find opinions everywhere about how to fix the sport; how to reach new fans and satisfy the core fans. Most of these deal entirely with the spectacle itself, the racing. Which is fair enough, the first way to attract fans is to put on a full spectacle, an unpredictable and exciting race full of glamour. But the other way to entice people to watch is through the personalities that drive the cars.

F1, like all other sports, requires personalities to thrive, to attract attention. How many people would watch snooker without Ronnie O’Sullivan? How many people would have watched F1 back the so-called glory days without the likes of James Hunt and Niki Lauda? Modern F1 has a serious problem with its relationship to its personalities. I don’t believe F1 has as few interesting drivers as it seems. I don’t believe the grid is as boring is it can appear. These guys act the way they do because it is what the F1 machine requires of them. This article is a brief look at F1 and its heroes off the track.

Let’s think about the grid for a moment. What sort of personalities do we have? The obvious contenders are Hamilton (The Bad Boy), Raikkonen (the Ice Man) and Verstappen (the Young Pretender). Then there are some lesser roles such as the funny ones; Ricciardo, Vettel and the nice ones; Grosjean, Button. The funny ones and the nice ones are good for us established fans. We all like Vettel’s humour at press conferences and Ricciardo’s laid back style and constant smile. We like the nice guys being nice. But how do you get the new fans? With your front tier; the Bad Boy (in particular), your apathetic Ice Man and your arrogant youngster. Now there are many drivers I have missed out here and I don’t think there is a driver I actively dislike but the rest are very closed, very quiet. Boring perhaps. But I don’t blame them, I think this is an F1 wide problem.

The problem is simple. F1 and its sponsors have a culture of muzzling their drivers. They can not be who they really are. As soon as they are out of the car they are with the PR person giving quite generic answers to the press. They reel off the same diplomatic answers every race weekend. And God forbid if a driver says what he really thinks. When they do they are slapped down by everyone from the pundits to their own team bosses. Let’s take Verstappen as an example here. We heard a display from him after the Australian Grand Prix which perhaps showed his immaturity and many have jumped on his back. Should he be more level headed? Like everyone else? He’s eighteen, something would be wrong if he wasn’t at least a little immature. As long as he races well, and no one is going to doubt his talent, he needs to be allowed to express himself. But he has been shot down by everyone and they won’t stop until he’s another Paul Di Resta droning off boring responses to every question. (Sorry, Paul)

The second problem lays with social media and F1’s reluctance to embrace that realm which seems so newfangled to them. It seems that unless an F1 driver is posting about his exercise routine, diet or charity / sponsor events then it’s just plain not allowed. Hamilton posts a picture of him with some celebrities in America and he’s lost the plot, taken his eye off the only thing worth living for, Formula 1. He couldn’t possibly be a three time world champion spreading his image and thus F1 in its entirety to a new audience, he has to be a playboy. Even when he makes a serious faux pas or two, whilst these shouldn’t be encouraged, they certainly shouldn’t receive the vitriol from the F1 world that he does receive. Instead F1 should take solace in the old saying that all press is good press. As long as Hamilton is getting himself on front pages he’s drawing attention to the sport. Rosberg’s making no waves in the media, Hulkenberg isn’t making any either because these guys (both excellent talents by the way) have been muzzled. I’m not saying they have to be bad boys and party with celebrities. But if that was what they wanted to do then they should be able to do it. At the very least they should be more present as people to the fans. F1 has banned any video being posted to social media from the paddock, it makes you wonder what else they block from social media.

A day in the life of Lewis Hamilton…

It’s clear. Let these guys be themselves. Let Verstappen throw a tantrum, let Hamilton party with celebrities and stop censoring them. I don’t care if Verstappen is arrogant, some people will like him some people won’t and even that dislike has an appeal to fans because it is interesting because it is outside of the norm. You can apply that to every driver, if they are themselves not everyone has to like them as long as they are interesting and they will be if they just say what they really think, post what they want on Twitter, do what they want to do.  As long as they are talented and provide on the track they should not be shot down for expressing themselves, in fact it should be embraced.

Many people who don’t like F1 think of it as robots driving around since ‘only the car matters’ we need personalities in those cars. We need to think if Verstappen comes up against Hamilton there’s going to be fireworks. We don’t want Perez and Sainz coming together and each professing that they’re not sure who’s fault it was until they looked at the footage. No, take the muzzle off, if Perez thinks Sainz was being out of order let him say that. Embrace social media, let these guys do what they do whatever it is (short of anything illegal) and don’t crush them so massively when they do something questionable. F1 needs to take the reigns of social media, let these guys post more of the glamorous or not so glamorous aspects of behind-the-scenes F1. Social media is a free tool to use and F1 is not using it properly. Let these guys express themselves and the fans will come.

A final point is this: Personalities lead to rivalries, rivalries bring fans, it must be a fact. Think of the great seasons in history Senna v Prost, Hunt v Lauda, Mansell v Piquet, Schumacher v Villeneuve; all strong personalities all popular seasons. Hamilton v Rosberg is good but if they weren’t forced to kiss and make up every time it gets feisty there would be far more people watching them and waiting for next race with baited breath. Diffusing the rivalries might be good for the team and sponsors but not for the sport; but if there’s no fans there’s no sport and if there’s no sport then there are no teams.

I believe all the drivers would rather say different things or act in different ways at races. I don’t believe many are as bland as they seem because they are all humans, all passionate humans who want to win and want to fight whether it’s for 15th or 1st. They’re just afraid of being anything else but a drone. Afraid of being shot down by their own teams, by pundits, by has-been ex-drivers who have an opinion for some reason, by sponsors. Let them off the leash let them make headlines, let them use social media uncensored, let them make rivals and new fans will come and old fans will stay!