On set with the Sky Sports F1 team before Melbourne

With only hours to go until the 2014 F1 season begins, the Sky Sports F1 team have been busy preparing for the long year ahead – by having a massive paint fight.

When the opportunity arose to head to the Sky studio in Middlesex last week to watch the team film their pre-season promo, naturally I jumped at the chance to see what it was all about. 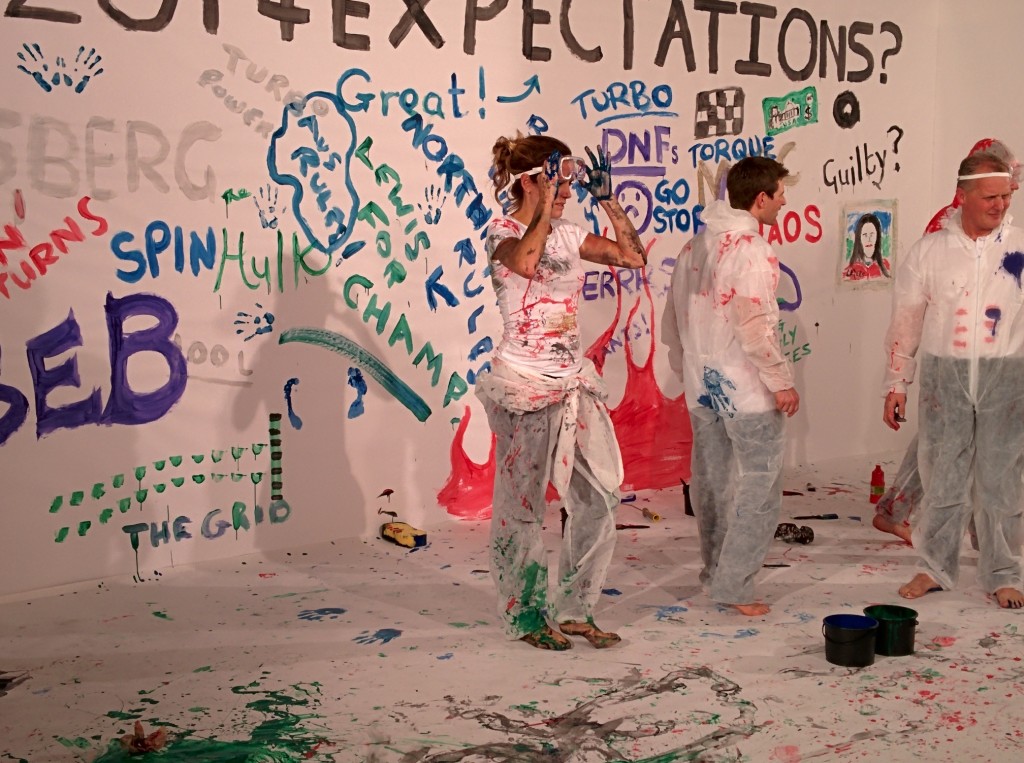 The whole team, minus Ted Kravitz, were on set to film their pre-season predictions. Dressed in white painters overalls, we were told “Things are going to get messy”. And sure enough they did.

Whenever a member of the team finished their predictions for one of the most highly anticipated seasons in recent memory, they got the paint in the face treatment. 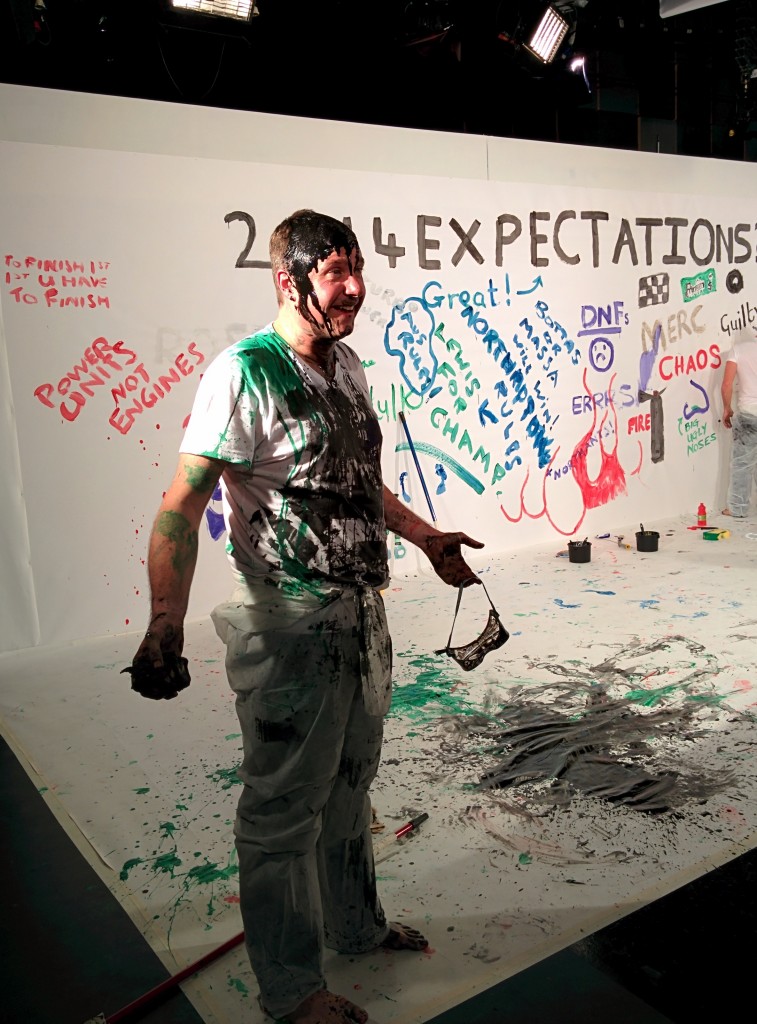 Crofty was on top form as he put his 30 years of darts experience to good use with some perfect “Here comes the money shot folks” moments on his fellow crew.

I asked Natalie Pinkham if it was a case of Boys vs Girls, to which she aggrieved “It’s the story of my life!”

In terms of their 2014 predictions, you could briefly surmise all their expert opinions into a single word: unpredictable. We simply don’t know the answers to questions like: 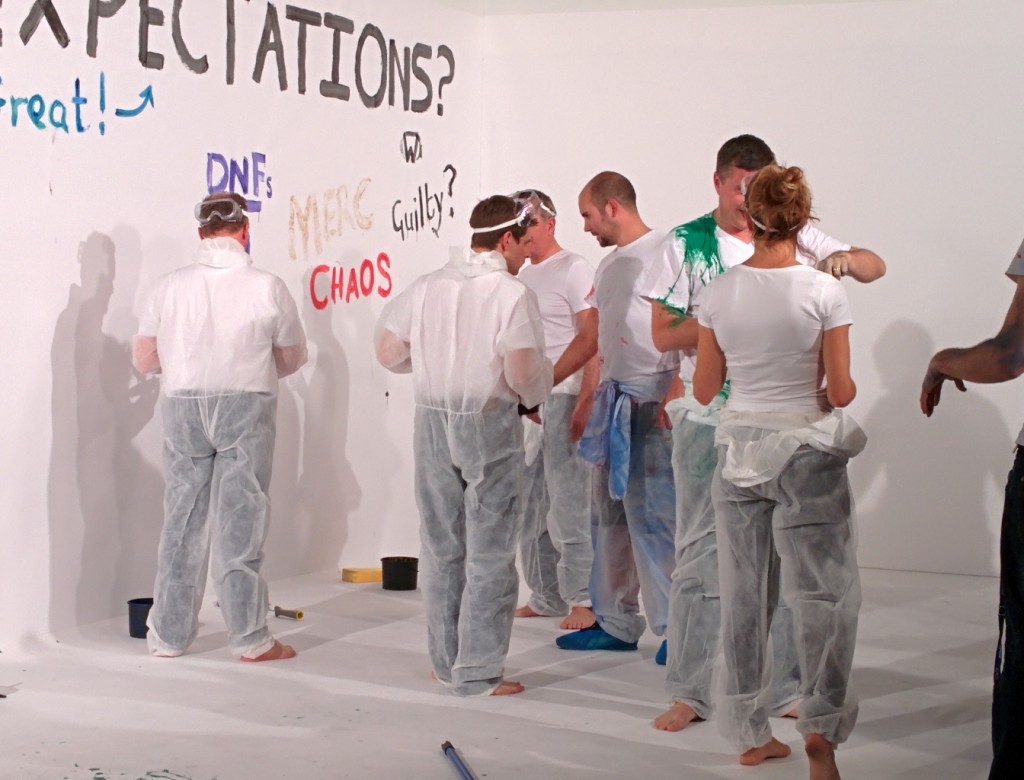 What’s clear is the excitement for the season ahead. The likes of Brundle, Davidson and Crofty even tried to tackle to potential issue of “What if no cars finished the race – would they throw a red or chequered flag… or would they just let the clock run to the two hour mark?!”

This is how hard the season is to call, even the men in the know aren’t convinced we’ll get any cars over the line this weekend.

The Sky Sports F1 paint fight should be on your TV screens soon. What will probably make up no more than a few minutes of footage took literally hours and hours to film, in a studio that I can only describe the temperature as tropical. That’s the level of professionalism and dedication you need to work for the top dog F1 broadcaster.

Sky Sports F1 is the only place to watch all 19 Grands Prix weekends live on TV, Sky Go and Now TV