Michael Schumacher – Our thoughts are with you

It’s a sad end to the year for motorsport fans, perhaps even the world as a whole. Michael Schumacher lies in a hospital in the French Alps, fighting for his life after a ski accident two days ago.

After a less than optimistic press conference yesterday, his doctors said they are assessing his condition on an hour by hour basis, with the next 48 hours set to be a critical time frame in revealing the possible outcome for Michael.

Initial reports were that Schumacher was able to talk and communicate after the accident. But by the time he got to hospital and the swelling on his brain had kicked in, he became very distressed and agitated. One operation later, to relieve the pressure inside his skull and stop some of the bleeding, we are now faced with a waiting game to see if medical science can keep Michael alive.

The doctors and surgeons have done everything they can for Schumacher and continue to do so, it’s now down to the man himself and all his bodily functions to aide him in a recovery. After 91 victories around Grand Prix circuits over the span of 20 years, this is Michael Schumacher’s greatest struggle for victory. Anyone who knows Schumi knows he never goes down without a fight and it appears this is what is happening right now down in Grenoble hospital. 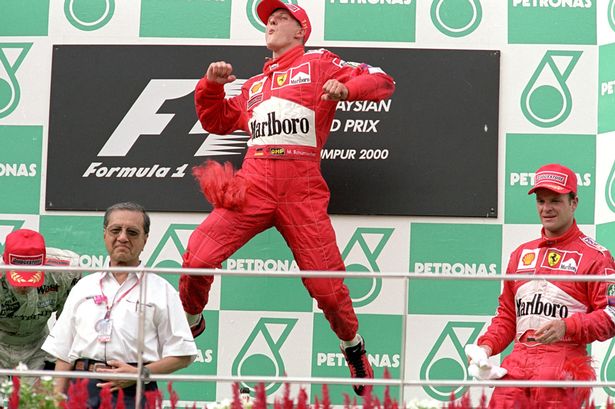 Ferrari team-mate, Felipe Massa suffered a blow to the head during qualifying for the Hungarian Grand Prix in 2009, which equally shocked the motorsport community at the time. After some very grave sounding days in hospital, Felipe came out the other side fighting with nothing more than a scar. He didn’t race again that year but was at the Brazilian Grand Prix to wave the chequered flag as his fellow drivers came home to the finishing line. I think of Hockenheim 2014 and simply hope Michael Schumacher can be there to do something similar.

It feels like absolute nonsense to think a driver can race single seaters for over 20 years, yes he broke a leg in 1999, but other than that did Michael Schumacher have any injuries to show for it? I don’t think so. But the cruel irony is, skiing is statistically more dangerous than motorsport, or perhaps the chance of serious injury is more substantial on the slopes than it is round a race circuit. People all around the world suffer life threatening injuries from ski related accidents every single day. It’s just the high profile sportsman and celebrity stories that really touch the masses, and Schumacher making global headlines is no exception.

If you’re religious then pray for Michael. If you’re not then keep him and his family in your thoughts until that moment that we hear some positive news from Grenoble. The New Year celebrations will be on hold until we do.