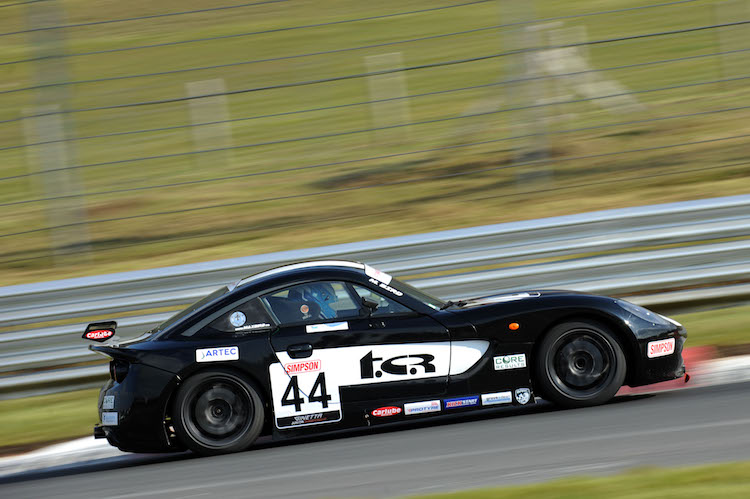 Max Bird a 15 year old schoolboy from Chichester in West Sussex and is competing alongside 25 other 14-17 year old drivers in the 2016 Ginetta Junior Championship which runs alongside the British Touring Car Championship, the Porsche GB Supercup, Renault Clio and British F4 championships.

Team – Total Control Racing
Sponsours – Morris Lubricants, Artec Engineering, 2KM, Sycamore cars, Bluebird Development
Last Race – Brands Hatch Rookie Cup – Round 1
Date – 2nd April 2016
Finish – Top Rookie Driver
Max’s interested in racing started at an early age watching his father racing karts round the streets of Monaco in the 6 hour race and led to him begin karting at the age of 7. He started racing at a club level at the age of 8 and by 11 was winning races and setting fastest laps becoming vice champion in the Forest Edge cadet kart championship and third in the Shenington and Whilton Mill championships. This led on to a season racing cadet karts at a National Level where he was particularly good in wet conditions before moving up to the Junior category in 2013. Max then spent 2 years racing at National Level in the Mini and Junior Rotax classes narrowly missing out on top 10 championship placings in 2013 and 2014, once again having his best results in the rain with a 2nd and fastest lap at Larkhall in Scotland and 5th and fastest lap in the British Kart Grand Prix and a front row qualification for the final championship round at PF International, followed by a determined drive from 29th on the grid to finish 6th in the final and a fastest lap in the process after a mechanical issue in the heats. 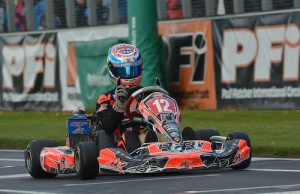 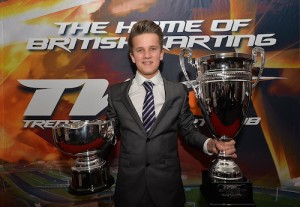 Max started the transition from Karts to cars in 2015 with test drives in Single Seater F4 and Ginetta Junior cars at the same time as winning the Junior Rotax class in the prestigious TVKC championship at PF International kart circuit before going on to compete in his first car race at Snetterton in November 2015 in a Ginetta Junior sports car. The two-day event featured a qualifying session and two races on both Saturday and Sunday. Saturday started off wet and just got wetter, in his first ever qualifying session Max set an impressive 8th fastest time which determined the grid position for the first race. Too much wheel-spin in his first ever race start dropped him from 8th to 14th in the first corner but he fought back during a hectic first lap to cross the line 8th, and then battled for the next 5 laps of the race to finish a credible 6th, which became the starting position for the second race of the day. A better start in race 2 saw Max in 4th early in the first lap and making good progress only for an excursion off the track on lap 3 to drop him to last, from where he fought back to finish 16th at the end of the race.

Sunday dawned much dryer although the track was still damp for qualifying. Max was running 6th quickest in qualifying when a red flag brought the session to a premature end. The qualifying was restarted with 3 minutes left which was just enough for a single flying lap, in which unfortunately Max was baulked by a slower car that resulted in him dropping down to a disappointing 12th overall for the start of the first race. A good start and some close racing saw Max move up to 11th on lap 2 and 10th on lap 6 where he finished. The track now fully dry saw Max start 10th on the grid for the final race of the weekend, which was again very closely fought and resulted in 8th place overall and a podium position as the leading Rookie and 2nd overall in the Rookie championship.

For 2016 Max has joined top team Total Control Racing to contest the Ginetta Junior championship, which takes place at all of the major circuits in the UK, including Brands Hatch, Silverstone, Thruxton, Croft, Donington, Rockingham, Oulton Park and Snetterton between April and October. The car is a Ginetta G40 with a Ford 1800cc engine built in the UK and the race format is such that the Ginetta Junior races immediately precede the British Touring cars which gives the Ginetta Junior series a very high-profile with a large TV and trackside audience. The racing is close and very competitive, with all the cars being effectively the same specification. He has support from Morris Lubricants, Artec Engineering, 2KM, Sycamore cars, Bluebird Developments and his parents which he hopes will help him achieve success in the Rookie championship. Max got off to a great start to the Ginetta campaign at Brands Hatch on 2nd April 2016 with a fourth place overall and winning the Rookie cup. 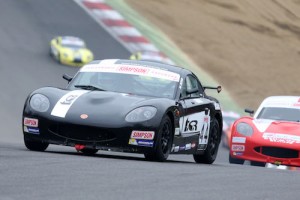 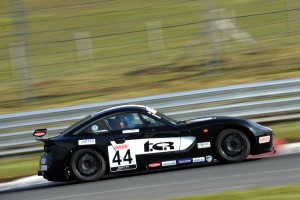 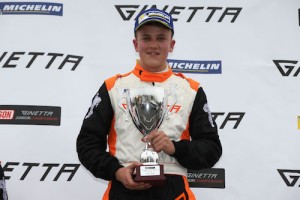 Max is a member of a dedicated Racing Driver training programme that is focused on maximising Max’s on-track and off-track potential. The programme focuses on developing Max’s driving skills, concentration, focus, mental and physical strength, fitness, diet and marketing and communications skills that are all required to be a successful professional racing driver, with his ambition to race in the World Sports car championship and compete at the Le Mans 24 hrs.
In his spare time Max trains at the gym, cycles and runs to keep fit between races and enjoys water and snow skiing, cooking and racing against his fellow drivers on his X-Box.