Lewis Hamilton is back in business! Win his t-shirt… 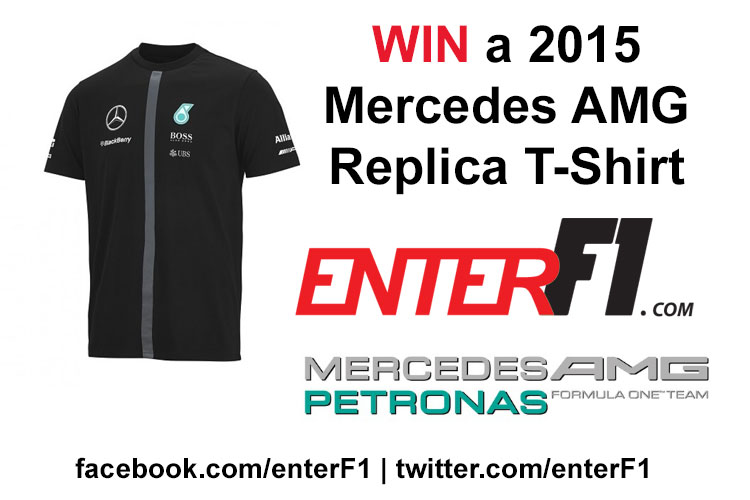 Lewis Hamilton is back in business! Win one of his official black Mercedes AMG t-shirts…

After the disappointment of the Spanish and Monaco Grand Prix, finishing 2nd and 3rd respectively, Lewis Hamilton has bounced back with pole potion and an excellent race victory in Montreal, Canada.

He’s extended World Championship lead to a healthy 17 points and has crucially stopped Nico Rosberg’s winning streak before it really got going.

Midway through the Monaco Grand Prix, as Hamilton looked to be the guaranteed victor, we tweeted we’d be giving away an official Lewis / Mercedes AMG t-shirt if he won the race. Then Max Verstappen crashed, then Hamilton pitted – then he finished a disastrous 3rd…

Over half way now and @LewisHamilton is looking odds on here for victory! If he wins we’ll give one of these. #win pic.twitter.com/d1a7Y8ocqw

Now he’s back to winning ways, it gives us great pleasure to be finally giving away one these brilliant black t-shirts from the official 2015 Mercedes AMG merchandise range. You can find plenty of other F1 products from Mercedes and other top teams in our F1 shop here. For details on how to win Lewis’s drivers top, see below.

How can I win one?

To have a chance of winning a black Mercedes AMG t-shirt in a size of your choice, simply do at least one of the following, or both of them to increase your chances of winning!

We’ll pick a winner at random from one of those channels during FP1 for the 2015 Austrian Grand Prix on June 19th 2015. The winner will either be contacted via facebook or twitter and asked to get in touch via email to arrange your preferred size and postal details to receive the prize.

The winner will also be announced right here. Good luck!