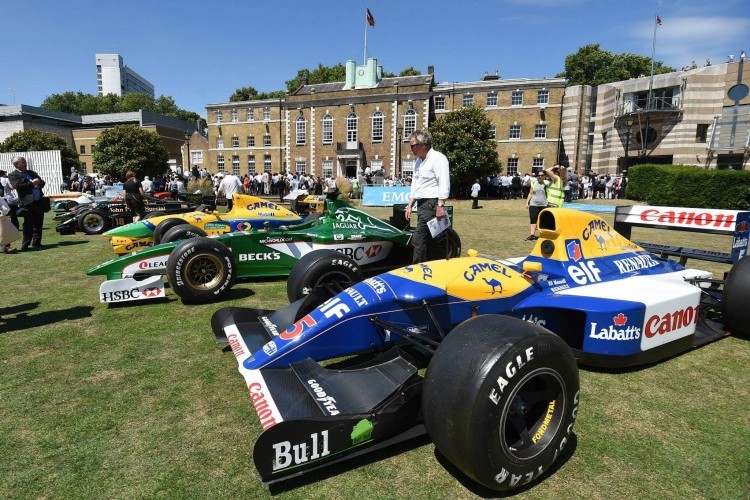 Ticket information and competition for 2 tickets is at the bottom of this article!

If you’re looking for the perfect build up to the 2015 Formula 1 British Grand Prix, then look no further. Join Formula 1 stars past and present for a one of a kind event in the heart of the capital on a stunning historical site.

Featuring the revival of the historic 1974 cricket match set up by James Hunt and Niki Lauda, this year will be even more nostalgic as the drivers and stars team will play against leading disability sports charity The Lord’s Taverners. The original team who played back in 1974 featured none other than Sir Michael Parkinson who was leading run scorer and this year will be umpiring the match at Race Week.

As well as the cricket action, the Esso and McLaren-Honda F1 Team technology partnership will bring you a never before seen 360 degree immersive experience to fuel the senses of attendees at this year’s Race Week.

There will be a display of some of the world’s rarest F1 cars throughout history, from Jenson Button’s current 2015 Honda McLaren car to James Hunt’s iconic McLaren M23.

This festival of all things fast will give guests the chance to test their skills by trying out the F1 simulators and pit themselves against times set by F1 drivers and the stars of the day. As well as memorabilia and other luxury brands on display, there will be plenty of entertainment with Q&As from F1 team bosses and drivers that will take place throughout the day.

How to go to Race Week London & Where is it

How can I win tickets?

To have a chance of winning a pair of general admission tickets worth £120, simply do at least one of the following, or both of them to increase your chances of winning! We will randomly pick a winner after midday on Friday 26th June 2015.