Did Hamilton go “one step too far” with his move on Rosberg? 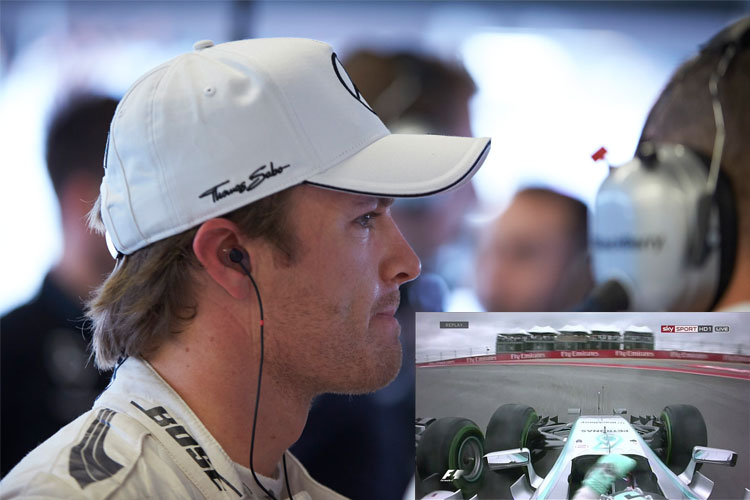 “He was trying to drive me off the track, but I wasn’t moving because I have the right to the track there. So he drove into me, and that’s definitely one step too far.”

As most of the world celebrates Lewis Hamilton becoming a triple World Champion, the inquest has only just begun as to whether his move on Nico Rosberg on lap 1 of the United States Grand Prix was fair or not.

Rosberg was visibly fuming after the race. He’d lost the chance of victory late on from an unforced driver error, but it was in the post race press conference that he revealed just how angry he was at Lewis’s “aggressive” first corner move.

“I was in front mid-corner,” he said, “that’s the crucial thing. If I’m in-front, then I have a right to the track there.”

Looking at the on board footage from both cars, Lewis clearly had a great run up the inside of Rosberg, which I believe warranted a dive on the brakes to try and snatch the lead. But with a heavily damp circuit and cold tyres, the chance of under-steering at the apex was highly likely and Rosberg doesn’t seem to have factored that into his assessment. When you try to run round the outside of another car on a wet track, there’s always a risk that inside driver will need more space than if the track was dry.

Rosberg complained on the radio throughout the race, as he has all season about other drivers moves on him. He complained that Daniil Kvyat came back onto the circuit in a dangerous manner after running wide at the final corner. Should he have stopped and waited for the whole field to drive past, Nico?

You may think I’m beating up on Rosberg, especially with me being British and a Lewis Hamilton fan. Honestly though, I do like him as driver. He pushed Lewis hard in 2014 and created a great championship battle as a result. He’s struggled to match Hamilton in 2015, but I still respect him. His complaints about other drivers really are born out of frustration that I fully understand. There’s only one way to cut all that out though, and that’s for Nico to be faster and run at the front more often…

Over to you! Was Hamilton too aggressive in turn 1? Was it intentional or it due to the conditions? Let us know in the comments below…