David Coulthard on the battle between Rosberg and Hamilton 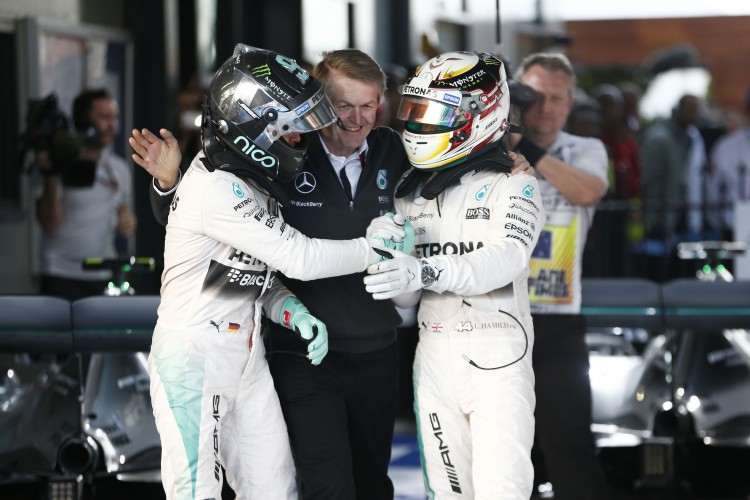 “Mika was just fundamentally a faster qualifier than I was…”

After round 1 of the 2015 Formula 1 Championship, it’s clear to see that Nico Rosberg has an uphill battle if he is to get on top of his team-mate Lewis Hamilton.

The reigning World Champion drove home to victory with ease in Melbourne. Some will say he only beat Rosberg by a couple of seconds, but would they honestly believe Hamilton didn’t have more pace up his sleeve if it was needed?

DC: Well I know from my own personal point of view, you know in the end, I didn’t realise at the time but I do now, of course… but at the end of that whole journey, Mika was just fundamentally a faster qualifier than I was, he wasn’t necessarily a faster racing driver but qualifying being the big step towards then agreeing your strategy and if you’re in a team – of course you can’t pit both cars at the same time – the minute you have the pole, you have the big choice of when you pit. And you basically then control your teammate, almost like a boxing with one hand out because if he wants to pit all you have to say on your radio is “I might come in this lap and your engineer basically keeps a pit crew on standby and there’ll be a point where if you haven’t called your car in usually its about 20 seconds before the boys need to be out there where the other engineer can then call his car in but it’s always putting you on the back foot, and psychologically that has an effect and all of those sorts of things.

James: So what areas would Nico Rosberg need to work on to try and get the upper hand over Lewis this season?

DC: Nico needs to have worked on everything; fitness, understanding the car, the systems, you know, why does he use more fuel than Lewis? The only information we have is what FOM TV give us and it just looks like Lewis uses less fuel all the time. That’s not a good thing of course, even if its one kilo for the entire Grand Prix, you extrapolate that out in terms of lap time and performance it’s a handicap he’s carrying so there’s a whole bunch of stuff he needs to have worked on, and if he hasn’t then expect more of the same.

All weekend in Albert Park, Nico Rosberg kept referring to Hamilton’s performances as a “World Champions”. He seems to have conceded that his team-mate will carry this psychological weapon with him all season. What can the German do about it next time in Malaysia?