Allan McNish: Bring back BTCC to the Silverstone support races! 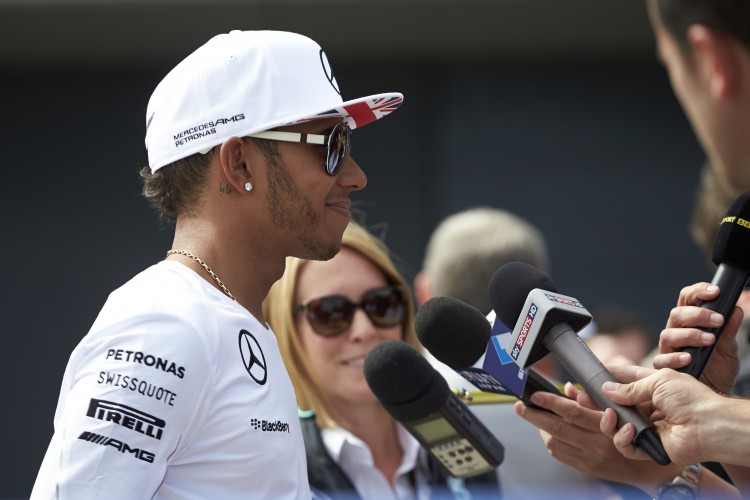 With the camp sites already filling up (honestly, check twitter!), F1 fever has hit the shores of Great Britain as we build up to this weekends British Grand Prix. We spoke to BBC F1’s Allan McNish on what the event signifies to him personally, what he would improve about Silverstone if he could, and what his expectations are for the action on the track…

JW: Quite simply, what does the British Grand Prix mean to YOU?

Allan McNish: What it means is: the start of me following Formula 1 in the early ’80s. It was 1986 when Jacques Laffite had his big accident at Paddock Hill bend at Brands Hatch. And then at Silverstone, stood on the banking at a Club when Mansell did the duke on Piquet down into Stowe. And you just heard the crowd erupting, but we didn’t know what was happening as there was no jumbotron monitors and you couldn’t hear the circuit commentator – but you could sense that something had happened because of the noise of the crowd. So it’s been a spectacle for a long, long period of time.

With such British success over the years I think that certainly helped, from my point of view, and this year it’s going to be a big crowd. It always got a good atmosphere about it. The circuit itself is tough and demanding track so it does highlight some driving calibre as well, so I think that it’ll be a race that’s tough to beat Lewis Hamilton to be honest because he seems to even mastered what he calls his wash filter: qualifying. Last year, he came back after a disastrous Saturday, and admittedly Nico had a technical problem in the race, but he drove extremely well to bring it back and win the grand prix. And he seems to get his Saturday’s right now. Something that he didn’t do at this point last year. And so I would expect to see some decent British success over the course of next weekend.

JW: If you could suggest one improvement to Silverstone or the British GP weekend what would it be?

Allan McNish: I think the British Grand Prix event has evolved a lot over time. In terms of the fan interaction and things going on around and about the racing. One thing that I personally would change – and Silverstone has got no way of changing this themselves, are the support races. They used to have British Touring Cars on the same weekend as F1. They used to have the British Formula 3, now it’s very much a regimented and a consistent program through the course of the season being GP2, GP3 and Porsche Super Cup. I think sometimes these very high profile domestic championships like the BTCC rounds at the British Grand Prix would bring a few new people into the circuit. However, as I said, that’s nothing that Silverstone has any influence on whatsoever, that’s down to Bernie and the scheduling.

Allan’s not the biggest fan of the new pits either…

Allan McNish: It’s good in terms of you get in and out of the place better, for everybody. But it just feels very fast and I quite liked it when it was down at the end, when it was a little bit more of a hub down at the bottom of the circuit.

JW: As a driver going into their home GP weekend, how easy or hard is it to block out home pressure Vs the positive energy the crowd can bring?

Allan McNish: It depends on how you’re mentally set up for it. If you’re someone that feels pressure then you take that as a negative and you worry about it; if you’re someone that actually sees it as, and takes all the back slapping and the good work and the messages as what they are, as something to try and help you then you usually go a little bit better. I said that as a general point, the Brits at Silverstone seems to go pretty well. Circuit knowledge was maybe a case in the dim and distant past but if you take Lewis Hamilton as an example and Jenson a little bit less so, but certainly Lewis, he will not necessarily have raced on the Silverstone track any more than any other driver of his age and generation on the grid. Because much of his junior career was outside of the UK anyway. But in terms of that, the Italians tend to always struggle a bit in Italy for whatever reason. And I always found racing in the UK as a positive as opposed to a negative, I always enjoyed it and it was the very few times when family could come to races as well.

JW: Does the family aspect make a big difference to driver?

Allan McNish: There’s no question about it, but it depends on how you look at it. It could cause you a headache, but if you look at it as “oh that’s good, they’re coming along, and I haven’t seen him for a while but now I’ll get on with it”. And then there’s the crowd shouting for me as opposed to someone else, then that’s a positive.

JW: Who do you think goes into Silverstone as the favourite, Rosberg or Hamilton? And do you think Rosberg will take a championship lead this year?

Allan McNish: Hamilton! I think the style of the circuit suits Lewis and I think Lewis is the favourite for the weekend. Will Nico take the championship lead? I tell you what, if you’d asked me after Bahrain I would’ve said no. However, he’s won 3 out the last 4 races, you could argue very easily that Monaco was Lewis’ and not Nico’s and Nico would probably agree with you. However he was there to it pick up when the ball was dropped and he’s in the fight now and that race performance he had in Austria says that he’s got to be taken very seriously because that was a very well executed race and I think it’s very possible; one slip by Lewis or the team and yes, Nico will have the Championship lead.

JW: Perhaps this could slow him down ?

Allan McNish: I don’t think it’s slowed many people down and I dunno if it’ll slow him down to be honest with you. But it’s not about slowing them down, it’s about focus and focus and attention and how you deal with that. And you’ve got to say he’s been pretty good at dealing with that sort of focus and pressure over the course of his career, and certainly over the course of the last three years.

Thanks again to Allan for his time. Some priceless insight into the life of a British driver on the eve of our flagship spectacle – the British Grand Prix.